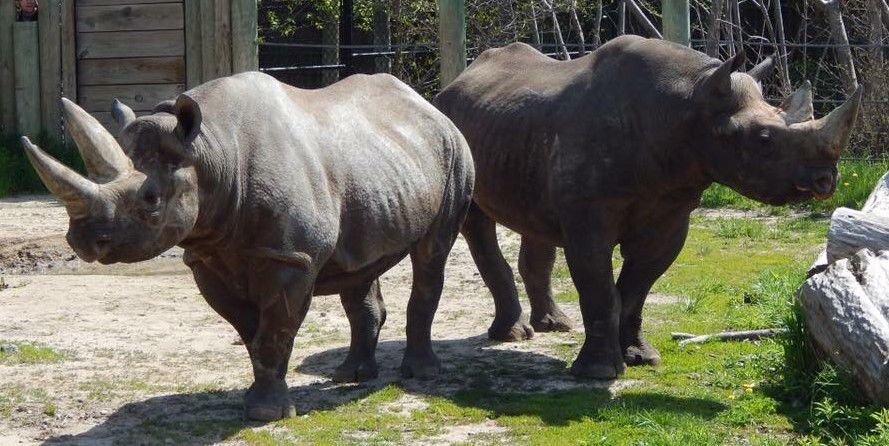 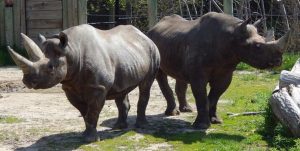 When we visited the Racine Zoo, we were not surprised to find that neither Kianga nor Timu (the zoo’s male and female rhinos) were using the two phone lines in their Rhino Barn. We also quickly determined that the neighboring giraffes weren’t using those phone lines either (we first assumed that might be because the zoo staff didn’t mount the phones high enough for the giraffes, but that wasn’t the reason). There were no long distance calls to family or friends back in Africa. There wasn’t even an occasional call to the local pizza joint for a vegetarian calzone or cheesy garlic bread. Nothing. Not a single call in years.

We soon discovered that it wasn’t just the phones that weren’t working. The actual phone lines couldn’t be used by rhinos, giraffes, or humans because they had no dial tone. They were dead all the way back to the street. Yes, the City of Racine was paying AT&T every month for two lines that they couldn’t use even if they wanted to (but don’t be too shocked – we see this all the time!) And since no one ever called to disconnect or even repair them, AT&T continued to bill the City of Racine for these two “Rhino Phones” until we came along and put an end to that.

We also found dozens of other lines like this throughout the City of Racine during our Telecom Fitness Review process (just like we find at other municipalities, school districts and private businesses). Some lines had dial tone. Some did not. Some were connected to phones or equipment that was no longer in use. Some weren’t connected to anything at all.

But in the end, Telecom Fitness disconnected all of these unnecessary lines and saved the taxpayers of Racine thousands of dollars each and every month going forward.

That’s what we do for all of our clients. Telecom Fitness finds leftover lines and circuits like this all the time. We find the waste in your telecom spending, which can add up to thousands of dollars in real savings every year. We find your money and give it back to you!

So how many unused lines and circuits are you paying for?

How much money is being wasted on unnecessary telephone expenses?

You won’t really ever know until you call us to track them down.

But here’s a guarantee: 100% of the wasteful spending on unused lines and services will likely continue forever if you do nothing.

So contact us today and let’s get started!  We’ll will find the waste, eliminate the costs, and save you money. You’ve got nothing to lose and only savings to gain!

And we’ll even let your rhinos use our cell phones if they need to order pizza.