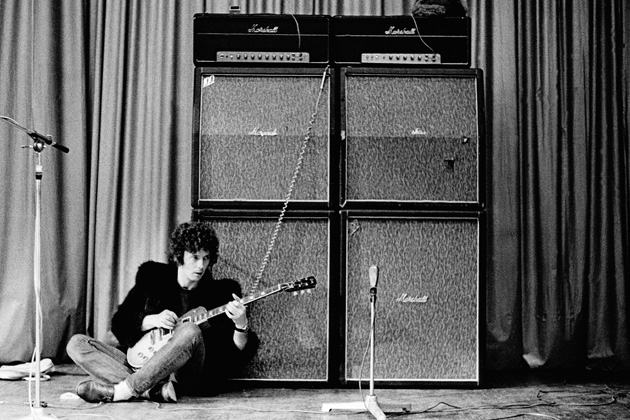 The telephone is, of course, one of the most important inventions of the modern era. It has propelled communication forward and made the world a smaller place. Some of the technology developed in the telephone industry lives on in the music industry, in the circuitry of the guitar amplifier. Did AT&T invent the guitar amplifier? Well, no. But it had influence, for sure. 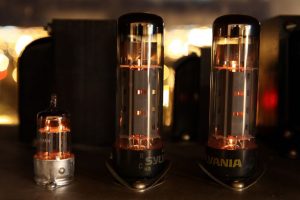 Western Electric and its parent company, AT&T, developed vacuum tube technology around the turn of the 20th century. It enabled the amplification of small telephone signals to transmit long distances, and made transcontinental telephony possible. A vacuum tube circuits amplified the very weak signal into one that was quite strong.

This technology had impact on much more than just the telephone. Radios were able to receive and amplify weaker signals. Films could be shown with sound. Public speakers could be amplified through the use of tube driven PA (Public Address) systems.

The Development of the Guitar Amplifier 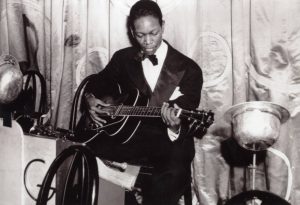 In music, the vacuum tube allowed singers to perform for much bigger audiences, as they were not so easily drowned out by the band. In the same way, instruments that were considered background instruments could be amplified. A guitar was a rhythm instrument that hid in the mix, chunking out chords as if it were a part of the drum set. Soon enough, a magnetic pickup was created that could generate a signal that could be amplified by a tube circuit, enabling the guitar to be heard and enjoyed as a lead instrument at last. Musicians like Charlie Christian, Les Paul, and T-Bone Walker brought electrified guitar to the forefront. Soon jazz, pop, and country artists were using electric guitars as a part of the signature sound.

As electric guitar became popular, amplifiers followed suit. Many instrument companies such as Gibson made amplifiers to go with their instruments. These amplifiers were low powered, simple designs, that distorted easily when musicians wanted clean sound. There was much work to be done. 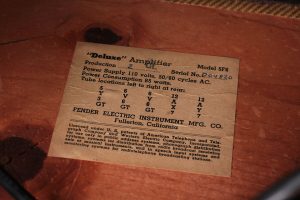 Leo Fender operated a radio repair shop in Anaheim, California in the late 1930’s and early 1940’s, and many musicians came to Leo to repair their amplifiers. In time, Leo decided to build his own, as well as some lap steel guitars. He was quite familiar with the circuits Western Electric freely published in their literature, and used them in his amp designs. He paid Western Electric a licensing fee, and modified the schematics to suit the use for guitar. His designs were quite popular with LA musicians and began to grow in popularity. Soon, Fender was the go-to amplifier for musicians across the country.

In the early 1960’s, across the ocean in Great Britain, Jim Marshall was hoping to cash in on the music boom happening there. American amplifiers were expensive to import. Marshall owned a musical instrument shop and, much like Fender, decided to make and sell his own amplifier. He looked to make a copy of the Fender Bassman amplifier from the late 1950’s, and was happy to learn that it was based on the freely distributed Western Electric circuits. There was no need to pay a royalty for use of the circuit. He adapted the design for use of European tubes, but the schematic and layout of the amplifier was almost exactly the same as the Fender Bassman amp. The amps became very popular, and helped fuel the sound of the “British Invasion” musical movement of the mid-60’s. The amps grew bigger and louder, but all were variations on the classic circuits developed years before.

By the late 1960’s, transistor technology had begun to take off, and AT&T began to phase out the tube circuits that they had been dependent on for years. Radios, TV’s, and computers all started using this tiny marvel of science that was efficient and lightweight. It began to look like “Solid State” was where guitar amplification was heading as well. The only problem was the sound. Guitarists had embraced the distortion that the tube amps brought, and the new solid state amps sounded cold and harsh in comparison. Guitar players kept buying amps made by Fender and Marshall, and other companies’ spin-offs of those amps. And even as music changes and amps that use a computer model of the classic amps grow in popularity, professional guitarists to this day gravitate towards the trusty old tube amp.

AT&T developed tube technology so people talking on the phone wouldn’t have to shout into the phone to be heard. In contrast, that same technology now has people shouting to each other because of the hearing loss associated with playing loud music! I doubt the engineers at Western Electric had any idea the impact their vacuum tubes would make, but they truly made some noise and made a lot of people happy. That is, until they get their phone bill, but that’s something a Telecom Fitness Review can solve.